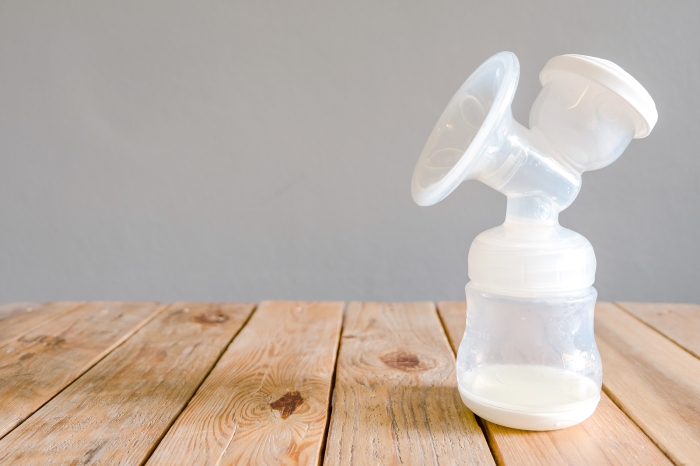 Worldwide, premature birth is a leading cause of death for children under five years old. The UK has one of the highest rates of premature births in the world, with around 60,000 babies born prematurely each year. A key problem is that babies who are born very early can't drink milk from their mother's breast or from a bottle like older babies can. This means they need to have milk put directly into their stomachs, through a tube passed down through their nose or mouth.

The best type of milk for babies who are born prematurely is their mother's breastmilk as this contains antibodies that help to fight infections, and nutrients that promote brain growth. Mothers of premature babies are asked to extract milk out of their breasts to give to their baby, using their hands and a machine called a breast pump: this is called 'expressing'. However, many new mothers find it difficult to express breastmilk, and there is a real need for simple interventions that can help them express milk more easily.

EXpressing in PREmaturity: Simple interventionS (EXPRESS) is a new, randomised controlled trial launched today by NPEU that will investigate whether listening to a special recording could help mothers to express milk. Half of the mothers in the study will be randomly allocated to listen to a specially designed recording while expressing milk. All mothers will receive the normal care and advice on expressing milk provided by neonatal units.

The recording is a woman's voice talking and is designed to help mothers relax and feel connected to their baby or babies. Previous studies in neonatal units have suggested that this kind of recording can help mothers to express more milk and also improve weight gain for healthy babies.

The EXPRESS trial will investigate whether the recording helps mothers to express more milk over the first three weeks of their baby's life, and also whether it can improve mothers' mental health by helping them to feel less anxious or distressed. The trial was co-designed with many parents of premature babies to make sure the study would not put too much pressure on new mothers.

Dr Ilana Levene (NPEU), who is leading the study, said

Looking after a premature baby can be an overwhelming and stressful time for the family, and difficulties with expressing milk are an extra burden. If mothers can express more milk, this will give their baby or babies the best chance of thriving and improve their anxiety and distress. The recording will be publicly available to anyone in the world once the trial is complete.

EXPRESS is launching at the Oxford Newborn Care Unit at the John Radcliffe Hospital, Oxford, with plans to expand to Imperial Healthcare NHS trust within a few months. The researchers hope to recruit around 132 women to the study who gave birth when less than seven months (32 weeks) pregnant, and had an ultrasound scan in early pregnancy to confirm their expected due date. Mothers can take part if they are expressing milk for either one or two babies (e.g., twins).

You can learn more about EXPRESS here.

Bliss , a charity for babies born premature or sick in the UK, is supporting the EXPRESS study. They can provide further information on caring for a premature baby, parents' mental health and expressing milk.