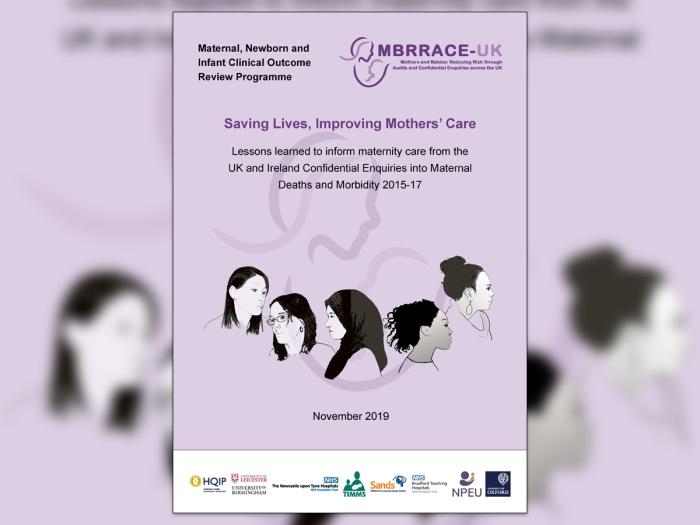 The sixth MBRRACE-UK collaboration's annual report Saving Lives, Improving Mothers' Care led by the National Perinatal Epidemiology Unit shows that the number of women dying as a consequence of complications during or after pregnancy remains low in the UK - fewer than 10 of every 100,000 pregnant women die in pregnancy or around childbirth.

The report is the latest produced for the Maternal, Newborn and Infant Clinical Outcome Review Programme, run by the MBRRACE-UK collaboration. The authors analysed 2.3m pregnancies from 2015-2017 in the UK and Ireland. During that three year period, 209 women in the UK and Ireland died during their pregnancies or up to six weeks afterwards from pregnancy-related causes. This is equivalent to just over nine women per 100,000.

The leading cause of maternal deaths in the UK is still cardiovascular disease, including heart attacks, heart failure and heart rhythm problems, and there has been no reduction in maternal deaths from heart related causes for more than 15 years.

The authors of the report encourage women to be aware of the risks and symptoms of cardiovascular disease, and to seek help if they have chest pain or a racing heart, and also make healthcare professionals aware if anyone in their family has heart disease, or there is a history of sudden unexplained deaths at a young age (<40yr) in the family.

The report also found similar racial inequalities to those noted in previous reports. Black women are five times more likely to die as a result of pregnancy than white women. Women with mixed ethnicity are three times as likely to die as white women and Asian women twice as likely to die. Investigations are ongoing to determine the underlying causes of these disparities and how to tackle them.

The report can be downloaded from the MBRRACE-UK Reports Page.