The prolonged lockdown this winter not only means some of us are still working and studying from home, it also means we're watching even more television and film on our home screens. Pieces of a Woman, about the devastating experience of a couple whose baby dies shortly after a home birth, is probably not an obvious Netflix choice for an evening's entertainment. Nevertheless, the film - which was released late last year - is up for several awards including an Oscar for best supporting actress. As a bereaved parent myself, I couldn't recommended it more for its courage and authenticity in exploring issues that are, by their very nature, distressing and therefore not often spoken about.

Indeed, while many of the film's scenes resonated painfully for me (my daughter also died shortly after birth), it is also great to see the taboo subject of baby loss receive international attention, thanks to a good script and a convincing cast of characters. In Roma, another award-nominated film which is set in Mexico in the 1970s, the main character experiences a stillbirth. Pieces of a Woman, though, is the first major feature film to put the death of a baby at the heart of its story. In doing so, it raises awareness of what families experience when such tragedies happen.

Almost 5,000 families in the UK experience the death of a baby before, during or shortly after birth. The NPEU's MBRRACE-UK collaboration collects information on these deaths, to understand where and why babies die, which babies might be most at risk and how care could be improved to prevent deaths. Its most recent enquiry into twin baby deaths was published in January. Theme 2 of the PRU-MNHC's work focuses on baby loss. As a representative of the stillbirth and neonatal death charity Sands, I supported the Listening to Parents survey, the first national survey in England to ask bereaved parents about their experiences of maternity and neonatal care, something that had been overlooked by national maternity surveys until 2013. More than 700 women responded to the survey and their experiences directly influenced policy and care.

Pieces of a Women, while set in the American city of Boston, conveys the emotions that are, of course, universal behind each one of these statistics: the complex sadness, the feelings of parental failure and the potential for family conflict. Directed by Hungarian film maker Kornel Mundruczo and scripted by Kata Weber who herself suffered a miscarriage, the central role of the mother Martha is played by British actress Vanessa Kirby. She consulted both Sands and bereaved parent, Kelly Daniel, to better understand how to play the role. You can see them in conversation at: www.sands.org.uk/pieces-of-a-woman. Better still, if you can brace yourself for its emotional content, watch the film itself. 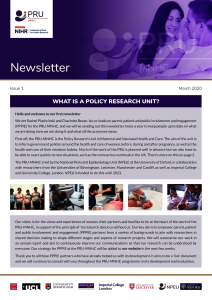