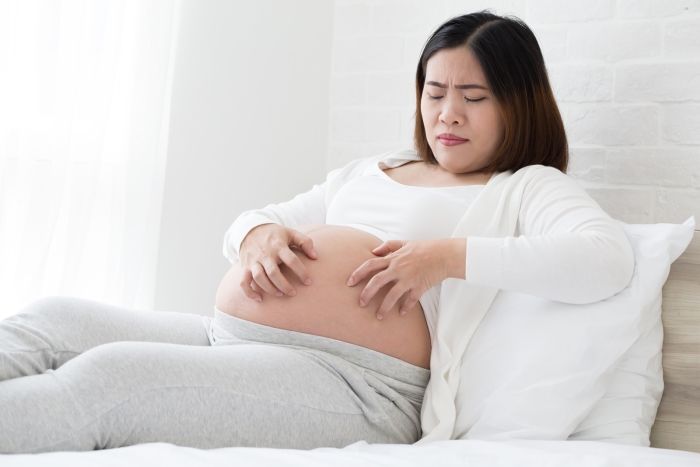 Results of the PITCHES trial have been published.

Intrahepatic cholestasis of pregnancy (ICP) is the commonest pregnancy-specific liver disorder in the UK. It affects around 5,500 women a year, causing premature birth and, in extreme cases, stillbirth. The most popular current drug used to treat ICP is called ursodeoxycholic acid (commonly known as 'urso'), but it hasn't been tested in any large clinical trials to show whether it prevents premature birth and stillbirth.

Our trial asked, "If a woman has ICP, what are the effects on the baby if she is treated with ursodeoxycholic acid (or placebo)?"

Between December 2015 and September 2018, we recruited 605 pregnant women with ICP. Half of the women received urso and half a placebo (a 'dummy' tablet that contained no active ingredients). This is the most reliable way to test a drug.

During the trial we also:

We found that urso is not a drug that helps women with ICP. It did not reduce stillbirths or the chances of a baby needing to be admitted to a neonatal unit. It did not show any meaningful improvement in itch for most women, nor did it reduce the woman's bile acid levels.

The results suggest that most women with ICP don't need to take urso because it won't help their itching or protect their baby from stillbirth. Further research is needed to identify whether there may still be a group of women who would benefit from taking urso, and whether other drugs could reduce the itch in women with ICP or prevent their babies from being stillborn.

You can read more about the findings of the PITCHES trial in The Lancet.