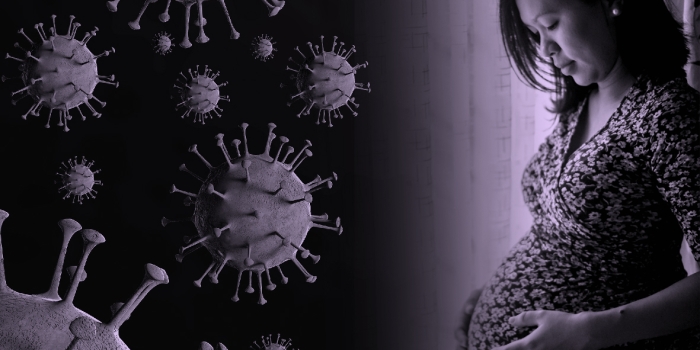 NPEU-led research identifies clear risk factors for COVID-19 during pregnancy, based on a study of nearly 1,150 women

Pregnant women with symptomatic COVID-19 infection are more likely than other pregnant women to be overweight, belong to an ethnic minority group, or to have a medical comorbidity (more than one disease or condition), according to a new study led by NPEU researchers. In addition, their babies are more likely to be born by Caesarean section or to spend time in a neonatal unit. The study has been published today in PLOS ONE .

In this new study, the research team analysed data on 1,148 hospitalised, pregnant women confirmed to be infected with the SARS-CoV-2 virus in the UK between March and August 2020. Hospitalisation was for any reason, including to give birth. Information on each woman's demographics, birth and perinatal outcomes were obtained from the UK Obstetric Surveillance System. Characteristics of these women were compared to a historical comparison cohort of pregnant women who gave birth between November 2017 and October 2018.

Among all women included in the study with confirmed SARS-CoV-2, 63% were symptomatic; the estimated incidence of symptomatic SARS-CoV-2 in all women hospitalised during pregnancy was two per one thousand maternities. Compared with the historical comparison cohort, women with symptomatic SARS-CoV-2 in this study were more likely to be overweight (33% vs 27%) or obese (34% vs 23%); to belong to a Black, Asian or another minority ethnic group (55% vs 19%); or to have a relevant medical comorbidity, such as high blood pressure or diabetes (22% vs 13%). In addition, they were more likely to be admitted to intensive care. Regardless of whether they were symptomatic or not, women with SARS-CoV-2 were more likely to have a Caesarean birth or to have their baby spend time in a neonatal unit, but the risks of stillbirth or neonatal death were not significantly increased.

Professor Marian Knight, who led the study, said: 'It is reassuring that most women admitted to hospital with SARS-CoV-2 in pregnancy do not experience severe outcomes. However, nearly one in five women admitted to hospital with symptomatic SARS-CoV-2 has a premature birth, emphasising the importance of vaccination and social distancing measures to prevent infection in pregnancy.'

Pregnant women not more at risk of severe COVID-19, but their hospital care could be improved