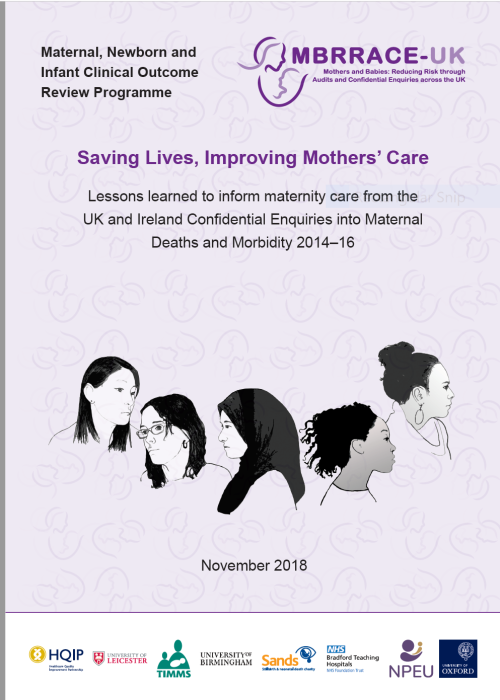 The fifth MBRRACE-UK collaboration's annual report Saving Lives, Improving Mothers' Care led by the National Perinatal Epidemiology Unit shows that the number of women dying as a consequence of complications during or after pregnancy remains low in the UK - fewer than 10 of every 100,000 pregnant women die in pregnancy or around childbirth. However, the report highlights striking inequalities: black women are five times and Asian women two times more likely to die as a result of complications in pregnancy than white women and urgent research and action to understand these disparities is recommended.

The report highlights the risk of blood clots, particularly among women who are overweight or obese, and emphasises the importance of awareness of symptoms, such as leg or buttock pain and breathlessness even in early pregnancy.

Women who are aged 40 or over have three times the risk of dying during or after pregnancy compared to women in their early 20s and although cancer in pregnancy is uncommon, women and their doctors and midwives need to be aware that it can happen.

The report emphasises the importance of considering the benefits of starting or continuing medication to treat physical and mental health conditions during pregnancy, as well as the risks. Many medicines are safe in pregnancy, and so ensuring a woman is properly treated while pregnant may be the best way to care for both her and her baby.

To read more you can download the full report, lay summary and the infograpic here: https://www.npeu.ox.ac.uk/mbrrace-uk/reports